This year is Monkey. And yours?

China has celebrated a Happy New Year in the beginning of February. It is an Asian tradition, but it is also well known in Europe too, that an animal is attributed to each year, and 2016 is the year of Monkey. This is a sort of Oriental zodiac which consists of a rotation of 12 animals. Just like a horoscope, each animal of the birth year has characteristics for the one’s personality, and fortune-tellers can make forecasts for each one of these animals. Below, you can find your sign, basic features and a brief fairy tale why these animals were chosen.

Once upon a time…

It was very long time ago, at the end of year, God has made an announcement towards animals:

“Come to see me for greetings in the morning of new year’s day. From the first to twelfth earliest comings among you, I’ll make them signs of each coming year.”

Animals were all motivated to be the first, waiting for the new year’s day. Unfortunately, the cat has forgotten the date and asked his friend mouse when was that. The mouse, on purpose, told him the wrong date one day later than the true one…

In the end, the mouse was the first followed by ox, tiger, rabbit, dragon, snake, horse, ram, monkey, cock, dog and boar. Poor little cat missed the date because of the mouse, that is why cats hate and chase mice even in our days.

Well, this is the best-known tale for Japanese children as a reason of 12 animals chosen. Other countries might have different stories, and it must be my next subject of research to be continued. 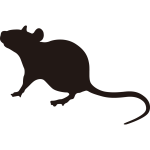 You are bright, sociable and honest. You like lively places, so you always find yourself along with many people. This tendency is also reflected in your career or sport, you prefer teamwork to individual. You can adopt to any environment rapidly, that brings you success in any kinds of professions. You are good at calculation and like to be frugal. This last character, however, can make you greedy that you should pay attention to the excess of greediness. 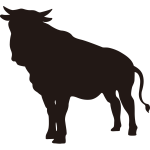 You are reliable, patient and hardworking. You proceed step by step in accordance with your plan, that you make patient and also very stubborn. As you are shy, you are a bit weak at communication, but when you find someone to trust, you keep stable relations. Once you made up your mind, you become much powerful and can lead others. You prefer traditional things rather than innovations. Your patience and continuity bring you results at the later part of your life. 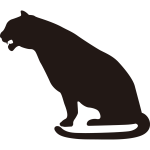 You are active, independent and self-confident. You trust yourself so you have a strong will that can handle any kind of difficulties. You are revolutionary minded, do not hesitate to express what you think. This is why you like to play individual rather than team, your stormy character is not appropriate for being a leader. As such, you run the risk of isolation, however, your competence and strong luck always make you a winner in the end. 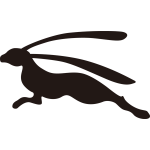 You are charming, sociable and clever. Just like rabbit dies when he is left in loneliness, you know very well how to be charming and adorable since your childhood. Your charm and brightness make you extraordinary good at friendship. But you tend to be fickle, should pay attention not to be unfaithful. You are intelligent at the same time, that bring you success in the early stage of your career. Your sociability and intelligence are ideal for undertaking an advisory position. 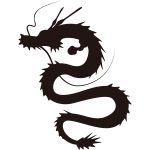 You are energetic, romantic and leadership minded. As dragon is the only one imaginary animal among the twelve, your capacity of imagination is richer than others. The energy inside you always make you active, and you are willing to take leadership in every occasion. Usually, you devote yourself to others, but you get angry when things are not running within your preference. Combined with your imagination, your active attitude makes your dreams come true. 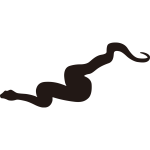 You are persistent, sensitive and proud. Slough off of skin is a symbol of rebirth. As such, the persistency is your first and foremost characteristic. You keep your effort until the goal, but also, you are smart and sensitive that you take care of others well. You are proud of yourself and hate to be interfered by others. Along with sceptic mind, it takes a long time to make friends. The thing makes yourself best is laissez-faire: you like to take a proper distance from others. 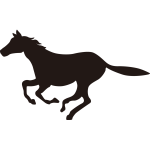 You are active, straight and passionate. Just like the horse does, you run straight to what you want by following your heart. This energy makes you bright and honest. As such, you prefer to play individually, rather than any teamwork. You like to act as fast as you can, that is why you hate slow and meaningless things. Seen from others, you seem a bit hasty, it is difficult for them to follow your pace. But your straight attitude attracts people, makes you popular. 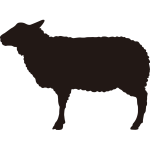 You are kind, prudent and trustworthy. At first glance, you seem calm and gentle, it might lead to a bias that you look weak. Actually, however, you hide your strength and passion inside yourself. People are attracted by this gap between inside and outside yourself. You advance steadily step by step, so you are far from any major failures. But too much prudence ruins the potential of chances. Your steadiness and straightforward heart make your partner feel at ease. 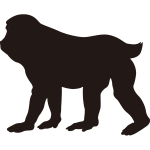 You are curious, cheerful and competitive. Your curiosity is the best among the twelve, you are always looking for interesting things. Your cheerful heart makes you stay active, this is why you like to play around just like a kid. You are also good at communication, that bring you success in any professions by attracting others. But the excess of curiosity drives you unstable, you don’t have the concentration to keep doing one thing. A slight piece of modesty makes you better. 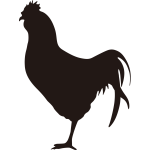 You are intelligent, decisive and perfectionist. You possess a sharp intuition as well as persistence, you are talented something of a genius as such. Once you set your goal, you get absorbed into it until it would be finished. You are decisive and act rapidly in every occasion. So you can make yourself best both in business and artistic works. You are also sociable but sometimes become selfish because of your harsh self-assertiveness. 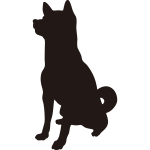 You are polite, fair and trustworthy. Just like a faithful dog, you are honest, never betray others. You have a strong will to keep effort to achieve your goal. You can gain confidence in people around you, might be promoted in the early stage of your career. You have a natural aptitude for a leader. You hate to lose and your mind of justice sometimes makes you stubborn. You are cautious at first sight, but you become kind and caring when you open your heart to someone else. 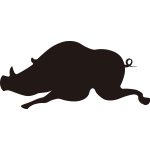 You are brave, open and determined. You are not afraid of any kind of challenges, and you maintain your will aggressively. You don’t hide your thoughts and say any things without obscuring what you actually feel. That might make antipathy of others, but your politeness is rather favourable. You are shy, not good at express yourself, but you take much care of others in your heart. You are powerful and go your life straight regardless of obstacles, just as boar does.