Trending
You are at:Home»Interviews»Harnessing the skills of migrant workers in Sweden: the case of Entry Hub and Randstad

That work ennobles man is a well-known truth. The motto, updated to the requirements of the modern, globalised world, in recent years has been applied to provide a solution to one of the biggest challenges of our times: the refugee crisis. More and more initiatives and projects are being developed all around Europe, based on the belief that there is no better way to fight the forces of exclusion and fear than through helping refugees and migrants find a job in their host countries. Secondly, refugees and migrants provide a source of new skills and labour that are currently lacking in some western European economies, plagued by an ageing population and low birth rates.

Among the organisations that have shown the highest interest in the potential of work as a vector of integration and social development is Randstad. The Dutch multinational, one of the biggest providers in human resources at the global level, has in recent years developed a series of local sustainability initiatives that aim at fostering inclusion in the workplace at the local level. One of the most recent initiatives sponsored by Randstad is Entry Hub, a Swedish project that aims at creating physical spaces where refugees and immigrants can exchange knowledge and build new skills, while being in contact with potential employers.

To know more about this innovative project, The New European met Sonja Van Lieshout, Public Affairs Manager at Randstad, and Anki Elken, Head of Sustainability at Randstad Sweden, in occasion of the European Business Summit in Brussels.

When did Randstad start join the mentoring programme Entry Hub to integrate refugees into the Swedish labour market? 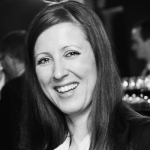 Entry Hub began about 18 months ago, so quite recently. It was born from a project presented to us by “We link Sweden”, a start-up that works with the aim of fostering diversity in the Swedish job market. They met with us at Randstad in the Summer of 2015 and said that they had received a social innovation funding from Vinnova, a Swedish governmental agency fostering innovation and entrepreneurship, for a project to empower minorities in the job market.

This happened in a very peculiar moment. Summer 2015 was a peak moment in the recent history of our country: it was when Sweden took more refugees than all the other countries in the European Union, which caused a burning refugee situation in the media and the general population. In this context, what we found out was that a lot of projects related to the labour market and refugees often took place without refugees, without taking into account what their needs were.

One of the problems in working with integration in Sweden is that it is a very social country: even if one is motivated to integrate into the Swedish society, if one wants to take part into the real social Swedish culture it takes a lot of time. So, the main priority for us was to set up a program to facilitate the integration process into the Swedish social culture. We have also found that there are a lot of misperceptions – from both sides – and if we were not going to face these misperceptions, this would take a long road.

As a consequence, rather than being politically active in that sense, our program addresses the issue by taking into account both perspectives: people coming from an asylum/migrant background and the Swedish people. In this way, it is possible to start a dialogue, and if you can start a dialogue, then you can start talking about differences. Not just about them, actually: you can also talk about the connections between the two cultures.

Before this initiative in particular, did Randstad have other mentoring programs for migrant workers?

We had something similar: after all, Sweden has a long history in the integration of migrants. This is very typical of the so-called “Swedish model”, where employers are on the forefront of providing solutions to social problems, making collective agreements. It very seldom happens that it is politicians who take the initiative in the decision making when it comes to the labour market. Nevertheless, Entry Hub is a totally new project, that is intentionally dedicated to refugees and migrants as a way to integrate them into our society. Its strength is that, since the beginning, we wanted to develop a physical place: the first physical Entry Hub is now starting in Umeå, in the northern part of Sweden; another one will be opened in Stockholm.

The new thing, compared to the past, we are bringing forward is that the target groups themselves are in charge of their needs. They also participate to the activities in Entry Hub with their skills: even if participants are unemployed, some of them could be skilled in project management, or in marketing; they could give lessons in Entry Hub and exchange competences. This allows people who are looking for jobs to enhance their skills: for example, at Randstad we have established a practice to go into Entry Hub certain days a week to look for candidates for our job openings.

Is there a skill shortage in Sweden? If so, what are the additional skills brought by refugees? 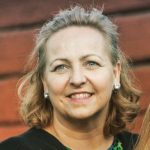 Sweden (like other developed Western European countries) has an ageing population. For this reason, the current influx of refugees is positive: if they successfully join the labour market, the economy will become stronger and will see no decline in the long term.

At the moment, the Swedish economy is going well, so much so that we are experiencing a large shortage of skills and labour. At Randstad, we have a lot of clients looking for members of staff or candidates for open positions, but before the influx of refugees it was not possible to fully satisfy this increased demand. The automotive sector, traditionally in heavy in need of workforce, is a particular telling study case. Swedish car manufacturers, like Volvo, but also big truck companies like Volvo and Scania, are currently doing very well with regards to the absorption of refugees among their employees.

The Entry Hub programme also foresees courses on Swedish culture. What are the reactions when refugees are confronted with a culture that is so different from theirs?

As a general rule, you need to have a strong enough yourself culture in order to understand why you are so different from others: for example, the group of Syrians in Sweden is very big. There are therefore two cultures meeting each other, Swedish and Syrian. Two opposites when it comes to leadership: they are very hierarchical, we are not; they are group-oriented, we are more individualistic.

Public employment agencies in Sweden were not well prepared for this cross-cultural issues; we needed to adapt and grow together with the newcomers. But in the end, the Swedish have learned that “integration” does not mean “you have to become like us”: it means embracing differences.