Trending
You are at:Home»Editorials»Diaspora organisations as development agents

The term diaspora derives from Greek and means ‘the scattering of seeds’ or to ‘sow over’. Originally a term referring to the expulsion and scattering of Jews and other expulsed groups, the term became more widely used from the 1990s as referring to transnational communities that are dispersed from an original homeland. This understanding of diaspora category has deeply resonated in academic, policy and public discourse. Today the diaspora category is employed by academics, development aid agencies, international organisations, political actors and migrant groups and their descendants alike. The notion of diasporas as collective and transnational development agents is based on the idea that affiliations with and involvement in both the country of origin and residence (and possibly more places) make diaspora groups bridgeheads between the established development industry and developing countries through their acquisition of skills and ‘exposure’ to Western countries on the one hand and involvement and knowledge of the local cultures and languages in their (ancestral) country of origin on the other.

Diaspora organisations include hometown associations, branches of homeland political parties, cultural associations, migrant youth associations, and many more. Their activities span social service provision, humanitarian assistance, advocacy work, political lobbyism, or civil society involvement in the (ancestral) country of origin as well as cultural events and integration-related activities in the country of settlement. Contributions to development, relief and reconstruction are thus just one aspect of what diaspora organisations do, and they often go hand in hand with activities focusing on the country of settlement.

The role of diaspora engagement in development is mentioned in the EU’s Global Approach to Migration and Mobility (GAMM) as well as in several European development aid strategies, including Norway, Sweden, Germany, Switzerland and the UK (the co-development strategies in especially Southern Europe are not included in this article). Diaspora organisations are generally recognized as actual or potential partners for development aid agencies, however actual support and collaboration remains quite modest. Focusing on North Western Europe, three kinds of diaspora support models are identified: general co-funding schemes for development NGOs, special diaspora initiatives, and support to diaspora networks and platforms. Table 1 provides examples of these models, which are further elaborated below.

In contrast to the mainstreaming approach, some development aid agencies have established initiatives exclusively targeting diaspora organisations, also consisting of matching funds with emphasis on capacity development. There is a tendency that such funding schemes delimit their target group to organisations focusing on selected countries, offering context-sensitive programmes and activities. They are often funded short-term, expected to show quick results and with the objective of making the involved diaspora organisations able to participate – and compete – in regular programmes and funding schemes though there seems to be a trend towards longer programmes. Furthermore, they usually target larger migrant or refugee groups originating from states that receive substantial official development or humanitarian aid.

Examples of special diaspora initiatives include the Danish Diaspora Programme, funded by Danida (the Danish Development Cooperation Unit) and administered by the Danish Refugee Council (DRC). The Diaspora Programme was established in 2012, following a two-year pilot program phase, and runs until November 2015. The program offers matched funding and capacity building to Somali and Afghan diaspora organisations – two groups that are among the largest refugee populations in Denmark and whose home countries are significant recipients of Danish development aid. In addition, the Diaspora Programme is able to offer direct support to project implementation on the ground in the recipient contexts. Eligible projects can focus on social service and civil society development. Two boards with respectively seven representatives from Somali and Afghan diaspora organisations have an advisory function in the selection processes. The Diaspora Programme has granted 5.840.000 DKR (approximately 685.000 Euros) to altogether 26 projects in Somalia/Somaliland and Afghanistan between 2012 and 2015. A mid-term evaluation from 2014 showed positive results, concluding that the majority of funded projects have a visible impact for the beneficiary communities and that diaspora organisations are perceived as important development actors in the countries of origin. The evaluation thus highlighted the position of diaspora organisations as transnational development agents.

There is no overall agreement concerning the benefit of supporting the development activities of diaspora organisations, let alone on how to best do so. This is not surprising, perhaps, giving the heterogeneity of diaspora organisations and their activities. While emphasis on the importance of local anchorage of proposed projects, good selection processes of recipients and the importance of capacity building are emphasised in evaluations and guidelines, such recommendations generally apply to development support. On the one hand, diaspora groups are mentioned in a range of policy documents on development, implying that the diaspora rhetoric is still important in European development circles. On the other hand, special diaspora support programmes are characterised by relatively low budgets and by being pilot or temporary projects, and though diaspora organisations can apply to general funding schemes, their success rate tends to be lower than ‘native’ development NGOs. Specific diaspora support thus seems to have low political priority, especially after the 2009 financial crisis, when a range of diaspora support initiatives fizzled out. Instead, diaspora support is replaced by emphasis on mainstreaming and network approaches. Diaspora organisations thus seem to be perceived as relatively unimportant development actors in the eyes (and institutional setups) of development aid agencies, though there are exceptions. However, a newly instituted network of five diaspora grant-makers, DiaGram, consisting of GIZ, Danish Refugee Council, Comic Relief, Forum Syd and Development Fund Norway, may make diaspora engagement and diaspora support initiatives more visible among development aid agencies and in mainstream development circles.

From the point of view of diaspora proponents, the current state of affairs indicates a huge untapped potential for further collaboration with and support of diaspora organisations. Diaspora groups are seen as holding a distinctive and competitive development potential that development aid agencies have not fully realised. This potential both relates to strengthening and ameliorating existing programmes and to develop new approaches and partnerships, not least in relation to a participatory approach and policy consultation. A participatory approach accentuates the importance of mutual learning processes in development aid agencies and diaspora organisations, establishing mutual interests, objectives, and monitoring procedures throughout the process. In a similar vein, policy consultation emphasises the importance of including diaspora organisations in policy-making processes, rather than merely implementing projects. A consequence of this approach is to dissuade a top-down approach where diaspora groups are perceived as ‘tools’ to be mobilised according to a pre-conceived agenda – or as possible, ‘political messengers’. 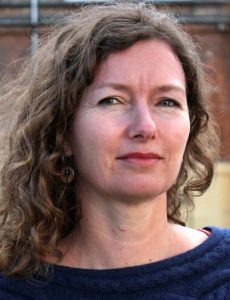